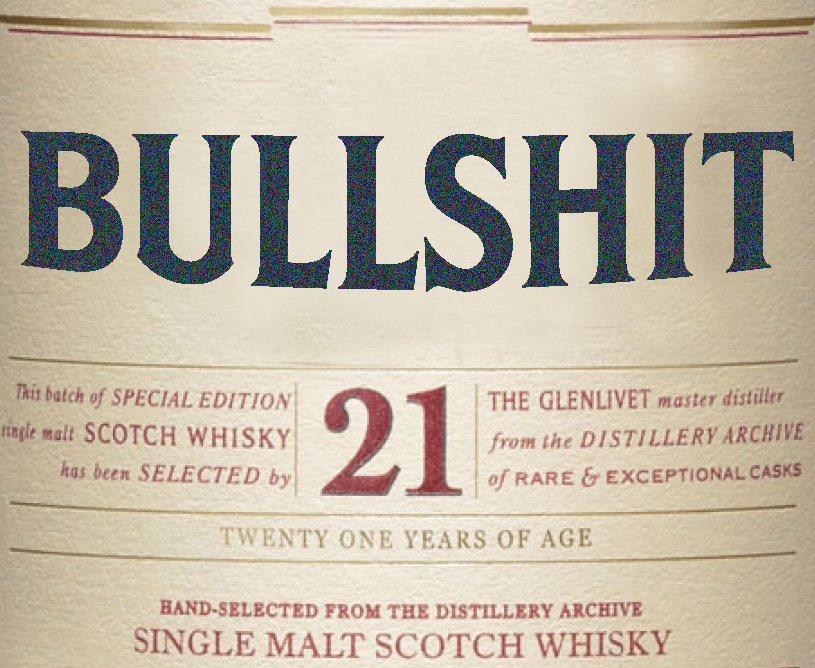 Before you begin, it bears stating that any form of conscious or subconscious discrimination is absolutely antithetical to the practice of hospitality. For a meal can only stir the soul if guests feel thoroughly at home—unabashedly themselves—when seated at the table. And it is only from this position of trust and vulnerability that diners may wholeheartedly embark on a journey that transforms how they view that most fundamental of pleasures: food.

Likewise, it is worth stating that hospitality is a dance between server and served. When one steps on the other’s toes, it is best to assume good faith rather than rush to burn down the ballroom.

First-time guests, of course, cannot be blamed for finding any negative interaction particularly salient. They lack a store of positive associations from which to draw on and soothe their bruised egos. Such diners may jockey for some form of restitution or simply, silently vow never to return.

However, customer loyalty is a two-way street that demands regular patrons take occasional lapses in stride. They must understand that one misstep should not negate years of good memories. Repeat visitors demonstrate their love through increasing tolerance and not entitlement. The restaurant, too, distinguishes itself by forgiving the occasional bad behavior.

In considering S.K.Y.’s recent kerfuffle, you will sidestep sticky matters of race, sexuality, and gentrification that you find immaterial. While these accoutrements might prove tantalizing for hack journalists seeking to serve up a social justice narrative du jour, an unbiased appraisal of the situation demands a cold look at the practice of hospitality alone. Seen through a wholly professional lens, this “incident” reveals itself as ambiguous at best (and nothing more than an exercise in self-victimization at worst).

First, you should clarify that while you have eaten at Apolonia twice and visited S.K.Y. about a dozen times since it opened in 2017, you are not a regular patron of either establishment. You are motivated only by disgust at the continued erosion of any nuanced dialogue that cultivates mutual understanding and actually advances the craft of service. A dining scene commandeered by those who shout the loudest will leave its participants only eating crow.

In parsing Eater’s exploitative account of the evening (extensively quoted throughout this piece), one key detail stands out. Gillanders, in response to the brouhaha, said “his team will print a spirits list with prices to avoid the situation in the future.”

This signals, obviously, that no printed spirits list existed on the evening of the “incident.” Rather, the aggrieved party presumably spotted the bottle of Glenlivet 21sitting on the shelf of S.K.Y.’s bar (visible at the top of the Eater article) and ordered it by name.

The guest in question enjoyed two glasses of the Scotch before their request for a third glass prompted the following comment from the server: “They’re pretty expensive, are you able to keep paying for these drinks?”

Now, you can subscribe to one train of thought that figures any patron who recognizes and orders Glenlivet 21 without being prompted by a printed list knows a thing or two about whisky. It follows that any patron who drinks two glasses and requests another enjoys and appreciates it. Certainly, they must have some idea where the bottle falls within Scotch’s price hierarchy. So how could the server miss such obvious signals that they were dealing with a connoisseur?

You can also subscribe to another train of thought that figures the server knew the Glenlivet 21’s exact price of $56 “per pour” had not been communicated by a menu. The server likely also knew that the Scotch was priced at a particular premium relative to the restaurant’s other beverages. (S.K.Y.’s wine list, for example, has long focused on bottles under $100 with many even under $60. Though it is hard to get a read on the bar’s other top-shelf spirits, you feel comfortable assuming the Glenlivet 21 ranks among the restaurant’s most expensive beverage offerings).

The Scotch had been ordered as part of “two rounds of drinks and food” that, presumably, did not include other premium beverages that might prompt concern (or normalize the selection relative to its peers). And, considering that each “glass” of whisky was something more like a 1 or 2 oz. ($112?!) shot poured into a tumbler, the server might have thought their customer was drinking quickly and racking up an unforeseen bill by imbibing something uncommonly expensive for the venue.

It is worth asking: how would you tell a guest that was conscious of the price apart from one that was not? Is slowly sipping the drink a mark of knowledge? Or does guzzling it demonstrate that one cares not for the cost? Indulging in such speculation is a dead end.

You think both trains of thought are justifiable, and it is hard to blame the server for jumping aboard the one that best protected his establishment. Any misunderstanding regarding the price of a bottle of wine or pour of expensive liquor stands to cost a restaurant dearly. A guest, in such a situation, must be comped, offered a discounted rate, or confronted for full payment in a manner that risks growing far more ugly.

The server wagered that a bit of extra care taken now might save the restaurant, as well as the customer, far more heartache later. However, he made the wrong gamble and insulted his guest.

After receiving confirmation that the cost was acceptable, the server “left to retrieve the drink,” “returned,” “chatted about the exchange” with the party, and “apologized.”

The guests had, “earlier in the day,” “spent hundreds of dollars at…Apolonia.” They spent “approximately $900” that very evening at S.K.Y. and mentioned “years of support” for the restaurant comprising “thousands [of dollars].”

As loyal patrons, what more could they want?

The server that made the mistake is not alleged to have engaged in any discriminatory behavior earlier in the meal. Upon offending his party by probing about the price, he brought the drink, heard their grievances, and expressed his regret. The point of failure in the hospitality process (the server) formed the same point through which the situation was remedied.

Nonetheless, the aggrieved guests “continued to ask for staff to address the situation.”

The bar manager, who had been consulted by the server before he addressed the cost of the Scotch, did not offer an apology. He subscribed to the same train of thought and thought it prudent, for the sake of protecting the business, to in some way convey the price of the drink. He probably would like nothing more than to sell shot after shot of Glenlivet 21 for $56 a pop but, due to his reading of the aforementioned circumstances (no print menu, uncommonly expensive item ordered as part of several heterogenous rounds), made a judgment call.

An apology might have better served to defuse the situation, but why apologize for a following a train of thought you think is sound? The error, it seems, had more to do with the server’s phrasing and execution than the logic behind ensuring an unlisted price did not make for a nasty surprise.

By the time S.K.Y.’s sommelier became involved, the situation had deteriorated. She, like the bar manager and the server, subscribed to the train of thought that felt signaling the price would best protect the restaurant.

Faced with an escalating scene (in which the aggrieved party sought some remedy that went beyond the server’s apology), the sommelier perceived the table as a group of troublemakers looking to solicit some form of compensation.

What, to the guests, seemed like discrimination was, if you are to assume good faith, a standard effort to protect the patron and the restaurant in the face of unknown pricing. From that perspective, the bar manager and sommelier defended their reading of the situation and refused to apologize.

From the perspective of the table, the server’s comment could only be rooted in discrimination, and any train of thought that led to the decision must have the profiling of certain customers at its core. It is only by following this logic that you may understand why the guests persisted in engaging the bar manager and sommelier after their server had already apologized. The party felt they were tackling an entire system of discrimination rather than contending with an isolated, solitary mistake.

Both perceptions, perhaps, are valid—hence why they made for such a volatile misunderstanding. However, the server, bar manager, and sommelier can claim they followed the same procedure they would apply to any table in similar circumstances. The aggrieved party, by contrast, must better demonstrate how the server’s mistake reflects a larger system of discrimination at the restaurant without assuming so due to their own identities.

A cavalcade of unverifiable one-star reviews and comments from a mixed bag of community activists is not convincing enough. The key question is: does S.K.Y. have a history of advising its customers regarding the cost of expensive, unlisted spirits, and has such a standard been upheld across all demographics?

Answering that question is the only path towards establishing “truth.” It’s the only way to determine if the server’s initial apology should have been taken as a good enough remedy. And it might prove impossible to ever do so.

The aggrieved party has decided that they, unilaterally, can decide the truth of the encounter. They have chosen to tar and feather S.K.Y. in the court of public opinion, and they have chosen the sommelier’s Jean Banchet nomination as an easy target for their angst.

The “Awards for Culinary Excellence” have shown themselves to be feckless when faced with a contrived deluge of protest from a segment of the population that does not accurately reflect the will of the larger dining public. They have rescinded the sommelier’s nomination without, according to Gillanders, weighing any other accounts of the incident.

The panel of “Chicago’s foremost food and beverage journalists, photographers, and elite gastronomes” are either ideologically aligned with the protestors or just too old and scared of a paper tiger social media mob to defend the industry’s right to counter thus unproven accusations.

While any controversy, certainly, detracts from the organization’s efforts to support the Cystic Fibrosis Foundation, its refusal to engage in any impartial investigatory process abandons the very professionals it purports to honor.

If the Jean Banchet Awards fold immediately whenever faced with the slightest public pressure—if they choose the path of least resistance rather than affirm the “good faith” perspective that underlies hospitality interactions—their honors will forever be brokered by bullies.

Rewarding these tactics today only incentivizes them moving forward. And doing so degrades all those who serve and have their side of the story to tell.

(Epilogue: Though your own lived experiences have little bearing on this controversy or what the aggrieved party perceived, you will share a small taste of your own perspective. Many moons ago, as a young runt with fine taste in wine, you recall being asked to confirm your bottle selections at several different Michelin-starred restaurants. The server would note the wine, yet its price would raise a red flag and a manager or wine director would come over. They would very gently point to the bottle on the list and ensure you were aware of what you were committing to. The process, by your measure, was always expertly handled without the slightest hard feelings. Yet the presence of a printed list, rather than having to endure an offhanded remark, surely helped matters.

Also, though nobody asked, you think that Glenlivet 21 is swill. Ordering the Scotch is not demonstrative of the slightest bit of whisky knowledge, and, while you judge no one for imbibing what they sincerely enjoy, you do not think the aggrieved party necessarily displayed the kind of connoisseurship that would frame the server’s decision as more consciously discriminatory).